Trick – don’t mess with the Big Guy; Treat – the kingdom is yours

Tricked – and no Treat

“Now, Reverend, do you know what Hallowe’en really is?”

“Yes – it is actually ‘Samhain’, an old Celtic festival – it means “Summer’s End” is a celebration of the end of the harvest and the start of the coldest half of the year.”

She looked at me in pity, with a look that implied that Divinity faculties weren’t teaching their students properly these days.  A dismissive laugh. “No, no” condescendingly, “It’s a contraction of ‘All Hallows Eve” – the evening before All Saints Day; the word ‘hallow’ (as in the Lord’s Prayer – “hallowed be thy Name”) meaning ‘holy'”

She looked smugly at me, in a manner that shouted “That’s him telt”

“Away and stick your broomstick up yer arse!” I replied …… actually I didn’t; instead I thanked her politely for “putting me right” and complimented her on her knowledge.

Pity the poor young minister whose members often like to flaunt their superior understanding of God, the Universe, and all that stuff. 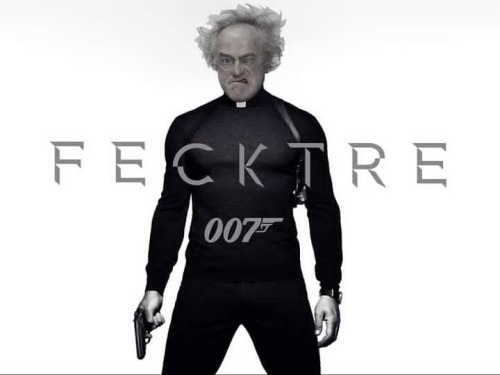 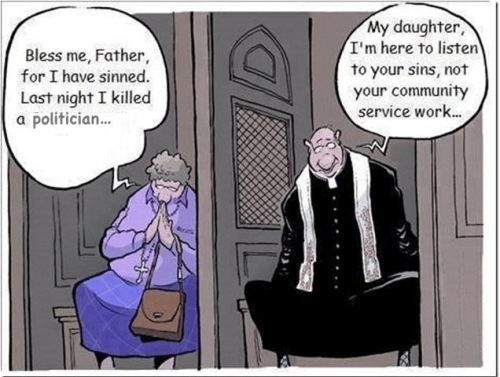 EDMOND, Okla. — Most churches encourage praise and worship. In fact, the Bible states, “make a joyful noise to the Lord.”

Oklahoma County Sheriff’s Department Spokesman Mark Myers said, “Nobody could pay attention to the sermon or what was going on so that’s when our deputy was able to take care of the situation.”

The religious ruckus happened at Victory Church at 1515 N. Kelly Ave in Edmond.

A woman was apparently playing a tambourine too loudly during Wednesday night services.

When she refused to stop, the woman was escorted out by an off duty Oklahoma County Sheriff’s Deputy.

Myers said, “He had to physically escort her outside the church. Once outside, she broke free from the deputy and tried to go back inside, there became a physical confrontation.”

According to the arrest report, the deputy was forced to pepper spray and tase the unruly woman.

Myers said, “She was not filled with the Holy spirit. She was not being very Christianly and this is why the folks decided to get her out as soon as possible.”

Witnesses said the combative Christian was staggering and had slurred speech.

Authorities did find prescription pain medication in her possession.

Authorities have not said if that medication was found in her system or if that may have contributed to the incident.

from “Waterford in your Pocket”

It HAS to be somewhere near Craggy island 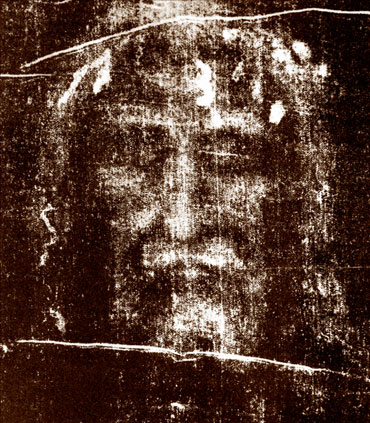 The mysterious Turin Shroud – supposedly the burial cloth of Jesus – became even more puzzling this week after a DNA study.

Researchers found that the shroud contains DNA from plants all over the world, by sequencing genes from pollen and dust particles.

The research suggests that the relic has travelled widely – there is DNA from India, Turkey and even America.

The researchers believe that some of the plant traces – such as the American ones – may date from after the mediaeval period.

The researchers believe that the shroud may have been made in India, before travelling via other countries such as Turkey.

‘Here we report the main findings from the analysis of genomic DNA extracted from dust particles vacuumed from parts of the body image and the lateral edge used for radiocarbon dating,’ said Dr Gianni Barcaccia of the University of Padova.

‘Among the plant species of the New World, black locust, a tree of the family Fabaceae native to Appalachia in the Eastern United States, is notable,’

‘In addition, we identified crop species largely grown by farmers and common in many agriculture systems of the Old World, including chicory, common hop, cucumber and grapevine.’ 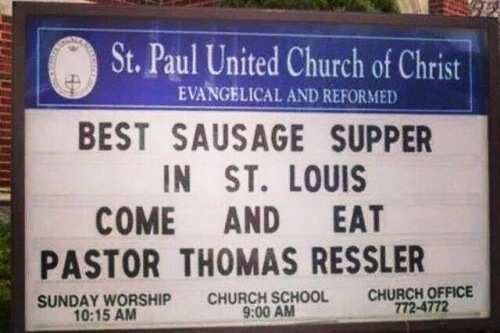