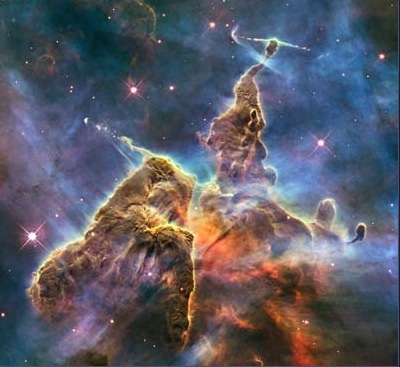 Each of us literally chooses,
by his way of attending to things,
what sort of universe
he shall appear to himself
to inhabit.

The Gates of Hell

“Considering your contribution to the world , I am going to do something that i never did before. I am going to allow you to choose between Heaven or Hell”.

amazed, Bill Gates try to remain objective. He wanted to see both Heaven and Hell before made the decision.

then GOD shows him the Heaven. it’s so beautiful, so graceful, fill of peace and praises to GOD.

GOD shows him the Hell, full of sexy ladies, partying all time, having fun and no rules at all.

Finally, Bill Gates decided that he wanted to be in Hell. GOD have asked him to confirm because once decision made, can’t cancel it.

So when Bill Gates died, GOD put him in Hell.

After several days, GOD wonders how Bill Gates enjoy his life in Hell.

After looking for sometime, GOD founds Bill Gates crying and sulking in a corner. He cried “GOD, where are all the fun? the girls? the parties?”.

GOD responded “Dear Bill, didn’t we told you? it was all just a screen saver.”

In a November 1995 interview of Gates by David Frost, this exchange took place:

Frost: Do you believe in the Sermon on the Mount?

Gates: I don’t. I’m not somebody who goes to church on a regular basis.  The specific elements of Christianity are not something I’m a huge believer in.  There’s a lot of merit in the moral aspects of religion.  I think it can have a very, very positive impact.

Gates: In terms of doing things I take a fairly scientific approach to why things happen and how they happen. I don’t know if there’s a god or not, but I think religious principles are quite valid.

On January 13, 1996, in a “Time” magazine profile of Gates by Walter Isaacson, there was this exchange:

Isaacson: Isn’t there something special, perhaps even divine, about the human soul?

Gates: I don’t have any evidence on that.

Isaacson wrote: “Gates face suddenly becomes expressionless, his squeaky voice turns toneless, and he folds his arms across his belly and vigorously rocks back and forth in a mannerism that has become so mimicked at Microsoft that a meeting there can resemble a round table of ecstatic rabbis.”

Isaacson also quotes Gates as saying: “Just in terms of allocation of time resources, religion is not very efficient.  There’s a lot more I could be doing on a Sunday morning.” 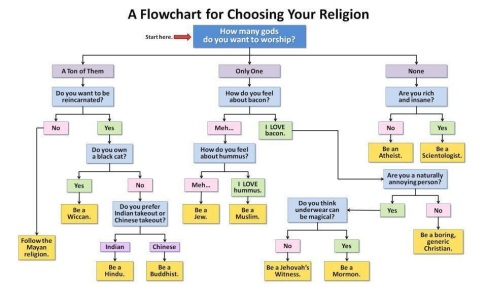 Tagged as choice, flowchart, Religion, REM, which is best for you