There once was a very wealthy man, who, when he was widowed, hired a housekeeper to look after his young son.

She and the boy hit it off immediately – she was like a mother to him, and he a son to her.

Tragically , the lad died in his teens, but she kept on keeping house for the devastated father, who himself, sadly, passed away within a very short time – dying, it was said of a broken heart

After his death, despite the best efforts of his lawyers, they couldn’t find his will, even though they knew he had made one.. The estate was eventually taken over by the state and an auction was held to dispose of the man’s personal property and his mansion.

The house keeper went to the sale, not because she had so much money to spent, but there was one item that she hoped she could get.  It was a picture of the little boy that had hung on the wall of the house for years.  She loved that boy so much, she desperately wanted it, to remind her of all the happier times.

No one else bid for it, she got it.  She took it home with her, and because it was in a pretty manky state, she took it apart to clean and restore it

As she was taking the frame apart, some very important looking papers fell out of the back of the picture. At first she didn’t know what to make of them, so she brought them to the family lawyer of the rich man.

As the lawyer read the papers, he soon discover it was the long lost will which everyone had searched for, but could not find. There was a note with the will which said, “I leave all my wealth to the one who loved my son enough to buy that picture.”

Christ asks us if we are we willing to turn the love we have for him into an action that will separate us, or set, us apart from, our families and even from those values and ideals we. hold, dear in our’ own life? 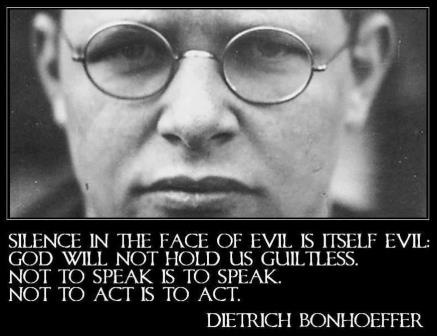