A popular film of a few years ago, and a very funny comedy it was too, was  ‘The Producers’. 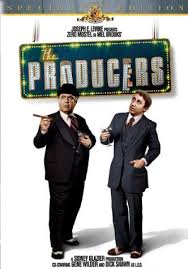 It tells the story of two unscrupulous men, played by Zero Mostel and Gene Wilder, who set up a financial scam to make money out of what they feel will be a certain Broadway musical flop.

The show, however, is a success, and the Producers lose all their money, ending up in jail for fraud.

That film was, of course, fiction, but in reality it seems that what many would consider to be in bad taste is successful and popular.

Recently, I watched a film about Liberace-  the pianist with the twinkle in his eye, the flamboyant costumes, and the signature candelabra.

He was vulgar, outrageously over the top, tasteless, and, frankly creepy, but was one of the most popular and best-paid acts of his generation.

One might argue, however, that Liberace’s brand of tastelessness was contrived and harmless, but what of other examples of bad taste in the media –

Art, entertainment, or something depraved and in the worst possible taste?  How do we discern?

In the Arts – and that’s a broad spectrum –  how does one pick a good play from the rubbish, what makes for a decent concert, how do you judge a good piece of art from a shoddy one?

How do we discern what is best?

‘May you grow more in true knowledge and perfect judgement, so that you will be able to choose what is best.,

These words also come from the Bible – from Paul’s letter to the Philippians.

May you grow more in true knowledge and perfect judgement, SO THAT YOU WILL BE ABLE TO CHOOSE WHAT IS BEST

I don’t think we can exactly say that, but what we can say is this: the surest guide to discerning what is good, true and lovely and of worth is what is spiritually uplifting.

There is a novel by Iris Murdoch with a passage in it about a visit to an art gallery.  It is an account of a deeply artistic experience.

Seeing the painting is ‘something real, something perfect’

The heroine of the story goes away feeling ‘favoured, encouraged, loved’ She felt looking at this painting that she ‘had had a revelation’

A revelation!  You could hardly get a more religious word than that.  She felt that she had been allowed to see a deep mystery, had touched the very secret of life itself.

The secret of life itself.  Revelation.  Could these be useful ways of speaking about the arts?

In that Iris Murdoch novel, so profound and so powerful is the revelation itself – that the artist’s own beliefs fade into the background.

What art is about is the holiest and most human places in our lives, the very centre of existence itself.  That is what makes art matter and matter hugely; that is what any arts festival should be about.  And these very things are things about which Christians have something to say.

For the centre of the Christian claim is nothing less than this: whatever is really real, whatever is the secret of life, whatever holds the universe together – that is what meets us in Jesus Christ.

In him, the creative life that has been from the beginning takes form and speaks and loves and heals and suffers.

In the beginning was the word and the word was with God…and the word became a human being and dwelt among us…..

…..And may all that we do, say, think, – be acceptable in his sight, and be to his glory forever