I think that we can guess what kind of Christian you are…. 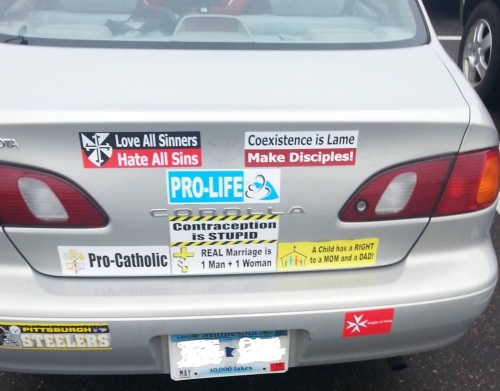 the pernicious evil of fundamentalism

this is unbelievable – no, it’s not: how many right-wing conservative, and literalist “pastors” believe in chastisement and submission, because “the Bible tells me so”

These people will say that they are using Biblical injunctions, but this is NOT practising Christianity.

It was a situation that this evangelical fundamentalist, Bible-thumping Meenister found intolerable: his beloved Kirk had abandoned the Word of God and was becoming “too secular” All this debate about gay clergy disturbed him deeply.  And so he quit the Church of Scotland.

(Bryan Kerr then shares this:)

So the folks who remained in a congregation following the minister leaving with some of the congregation had a social night on Friday evening.

The MC introduced him by saying “now no pressure but I hope you’re good, you’ve a hard act to follow… The last man in the pulpit made half the congregation disappear!”

a load of old cobblers!