This week, Jackson is being skewered yet again — this time for saying that doing yoga may leave unsuspecting people vulnerable to satanic possession

In a post for the National Review on Wednesday, Betsy Woodruff highlighted some quotes from Jackson’s 2008 book Ten Commandments to an Extraordinary Life: Making Your Dreams Come True. Among them was one about the hazards of yoga.

“When one hears the word meditation, it conjures an image of Maharishi Yoga talking about finding a mantra and striving for nirvana,” Jackson wrote in his book, according to Woodruff. “The purpose of such meditation is to empty oneself. [Satan] is happy to invade the empty vacuum of your soul and possess it. Beware of systems of spirituality which tell you to empty yourself. You will end up filled with something you probably do not want.”

“Behind the ice-cold eyes of Lululemon princesses burn the demonic flames of eternal hell,” joked Atlantic Wire’s Elspeth Reeve this week in response to Jackson’s comment.

Despite the criticism Jackson has endured for his many controversial statements, he has not apologized for them

“I don’t have anything to rephrase or to apologize for,” he said in May. “I would just say, people should not paint me as one-dimensional. I have a whole lot of concerns.” 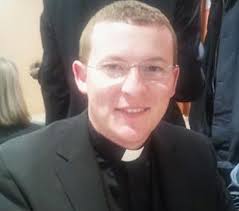 A row has erupted over a priest banning yoga from a church hall because the class was “not compatible” with the Catholic faith.
Instructor Cori Withell said the classes she booked for yoga and pilates at St Edmund’s Church building in Southampton were  cancelled with 10 days to go, and was told by the booking secretary of  the church that it was because yoga is a Hindu religious activity.
Father John Chandler from the church said that the hall has to be used for Catholic  activities and he banned it because it was advertised as “spiritual  yoga”. The ban is not Catholic Church policy and decisions are left to  the discretion of individual priests. Some Catholic retreats use yoga  for relaxation.
Ms Withell, 37, from nearby Eastleigh, said the church accepted the booking two months ago and she paid £180.  She was called later and told that yoga was from another religion so she could not have the hall. A separate pilates class she had booked was  also cancelled.
“I had never heard about any religious issue with  yoga before but I have looked into it since and found that some other  religions feel that when people meditate it could let the devil inside  them,” she said.
“But there was never any meditation in my class – it was just exercises. Yoga is not religious: spiritual, but not religious. I do not object to  anyone having a religious viewpoint, but it seemed terribly petty to  cancel the classes. As a nation we have an obesity epidemic. I was  trying to bring some exercise to the community and coming across blocks  like this is frustrating. I offered to go down and show them the moves  and, literally, the shutters came down.”
Fr Chandler said the church was “misled” by Ms Withell’s booking because he claimed that, at first, the hall was booked for pilates and then he found out  it was also for spiritual yoga.
“Yoga is a Hindu spiritual  exercise. Being a Catholic church we have to promote the gospel and  that’s what we use our premises for. We did say that yoga could not take place. It’s the fact that it’s a different religious practice going on  in a Catholic church,” he explained.
“On one hand we say to our  parishioners ‘be strong in your faith’, and on the other hand there’s  this other religious belief that’s not part of our faith. It’s not  compatible. We are not saying that yoga is bad or wrong.”
A  spokesman for Portsmouth Catholic Diocese said: “It’s not possible for  Catholic premises to be used for non-Christian activities and there is a dilemma with yoga as it can be seen as Hindu meditation or as  relaxation. There is no national policy on this and the decision is for  each priest.”
In a further statement the diocese said: “If the  parish can be assured that the Pilates is not using any of the spiritual aspects of yoga then the booking can go ahead.”