It was Eastertide and, in this particular year (1999), I was the Minister at St Andrews in the Grange Church of Scotland in Guernsey, Channel Islands.

The beautiful Island of Guernsey attracts a very large number of visitors, and many from the UK.  Those who are Presbyterian, URC, and, of course, members of the Kirk are attracted to this beautiful Church of Scotland building on the edge of St Peter Port. 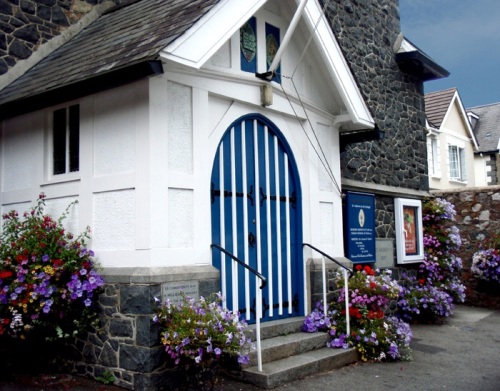 So, there I was preaching about the Risen Christ not being recognised by Mary Magdelene, by the two companions walking to Emmaus, and the disciples not connecting initially with who He was.  There were various points made about this, including our sometimes not recognising the goodness and Godliness in people with whom we come in contact… that kind of thing.

In the congregation on that particular Sunday was a very distinguished looking gentleman, accompanied by his wife.  Obviously, visitors to the Island and our wee Kirk.

After the Service, as they came out, we shook hands.  He asked how long I’d been in Guernsey, and where I’d been Minister before.  To the latter question, I replied, “Musselburgh”

“Ah,” said he, “I know it well; in fact I used to be a Trustee of Carberry Tower”

Carberry Tower was a conference centre for, amongst other groups, the Church of Scotland.

It just so happened that it is in my old Parish, and I was a Trustee too – and my distinguish visitor was the Chairman.  We had been to many meetings together!

Oh, and he was a well kent figure – Lord MacKay of Clashfern, appointed by Prime Minister Thatcher as Lord Chancellor.

I didn’t say anything, except to wish them a pleasant holiday, and a safe trip home to the UK. 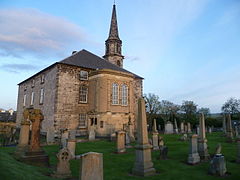 St Andrews in the Grange, Guernsey (Church of Scotland)

There used to be a friendly bowling match (outdoor bowls) in one of my parishes between officers (and friends) of the two respective Boys’ Brigade Companies in the Town.

I appeared at my first one, wearing  jeans and a t-shirt, to be told by a gentleman in his sixties and whom I hadn’t met before, “For a minister of the Kirk, you look like a tramp!”

Now, this guy was wearing a white cap (in was summertime), a white polo shirt and cream-coloured chinos.

So, I replied: “Well, at least I didn’t put on fancy dress to make me look like a geriatric ice-cream salesman!”

Now, on the other hand…. when I ministered in Guernsey, I was invited to attend the induction/introduction service of the new Methodist Minister in St.Peter’s Port.

As was (sadly dying out), it is the custom for Church of Scotland ministers to wear full robes (cassock, Geneva gown, academic hood etc) to such events.

So I did – and found myself sitting up-front with fellow clergy (including the rector of the Town Church), all of whom were wearing suits and dog collars or ties.

Only the officiating Methodist Superintendent was robed – and that was just a cassock.

Talk about an ΙΧΘΥΣ  out of water!