The story is told of a man named Yussif the Choker, a 350-pound European wrestling champion of a couple of generations ago. 350 pounds is about 25 stones, or 158 kilograms

After he won the European championship, he sailed to the USA to wrestle the American champion, whose name was Strangler Lewis–a little chap by comparison – almost sylph- like at 90 kilos or 200 pounds – about 14 and a quarter stone in weight.

Although he wasn’t very big, Strangler had a simple plan for defeating his opponents, and it never failed to work. He would put his massive arm around the neck of his opponent and cut off the oxygen. Many an opponent had passed out in the ring with Strangler Lewis.

The problem when he fought Yussif the Choker was that Yussif didn’t have a neck. His body went from his head to his massive shoulders. Lewis could never get his hold and it wasn’t long that the Choker flipped Lewis to the mat and pinned him down.

After winning the championship, the Choker demanded all five thousand dollars in gold. After he wrapped the championship belt around his vast waist, he stuffed the gold into the belt and boarded the next ship back to Europe. He was a success! He had captured America’s glory and her gold!

He set sail on the SS Bourgogne. Halfway across the Atlantic, a storm struck and the ship began to sink. Yussif went over the side with his gold still strapped around his body. The added weight was too much for the Choker and he sank like an anvil before they could get him into a lifeboat. He was never seen again.

How often do we put ourselves and our soul in danger for the wealth of this world? And after we get the wealth, most times, we find that isn’t what we really wanted at all. We seem to fail to realise that wealth is not as important as contentment which is God’s gift.

Even if we are not wealthy, we can have attachments that pull at us. If what we really want is eternal life, we have to determine what might be tugging us in another direction. At that point, something has to give. Will we walk away sad?

St Brigid was an Irish nun born in the fifth century, converted by St Patrick. Brigid was the daughter of a wealthy Irish chieftain. After she was converted her father was horrified to discover Brigid was giving his stores away to beggars.

Unable to control her generosity one day he threw Brigid into his chariot and took her to the King of Leinster to sell her to him as a slave. When he arrived at the King’s enclosure Brigid’s father followed the custom of approaching the king unarmed. He unbuckled his sword and left it with Brigid in the chariot. Not a good move, for when a leper approached the chariot seeking help Brigid gave him the only thing of worth she could find – her father’s sword.

The King of Leinster asked to see Brigid before buying her as a slave. He and Brigid’s father came out to the chariot, whereupon Brigid’s father discovered his sword was gone. He flew into a rage and started beating his daughter. The king commanded him to stop and asked Brigid why she kept stealing her father’s property to give it away.

“If I had the power” replied Brigid, “I would steal all your royal wealth and give it to Christ’s brothers and sisters.” The King of Leinster there and then declined her fathers offer to sell her as a slave.

Some time after Brigid escaped from her father and established her famous monastery, a monastery that became famous for its hospitality. This is the grace said before meals that has come down to us from that monastery.

I should like a great lake of the finest ale

For the King of Kings.

I should like a table of the choicest food

For the family of heaven.

Let the ale be made from the fruits of faith,

And the food be forgiving love.

I should welcome the poor to my feast,

For they are God’s children.

I should welcome the sick to my feast,

For they are God’s joy.

Let the poor be with Jesus at the highest place,

And the sick dance with angels.

And bless our human race. 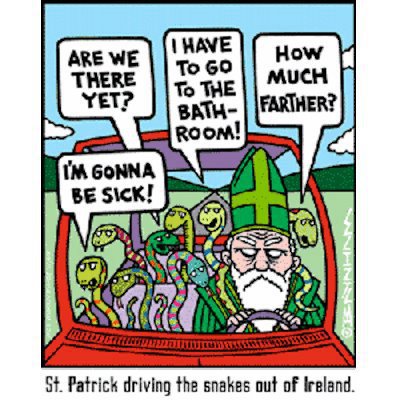