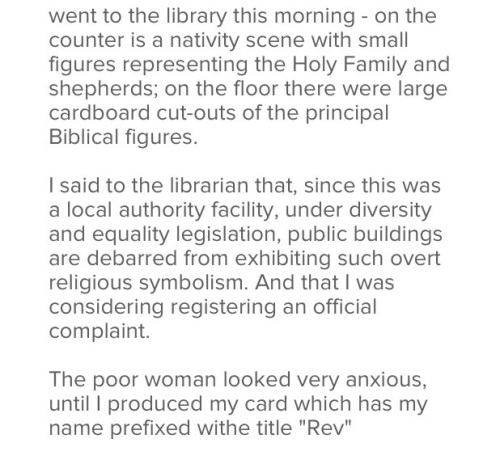 Please accept with no obligation, implied or implicit, my best wishes for an environmentally conscious, socially responsible, low stress, non-addictive, gender neutral, celebration of the winter solstice holiday, practiced within the most enjoyable traditions of the religious persuasion of your choice, or secular practices of your choice, with respect for the religious/secular persuasions and/or traditions of others, or their choice not to practice religious or secular traditions at all.

May you have a fiscally successful, personally fulfilling, and medically uncomplicated recognition of the onset of the generally accepted calendar year 2015, but not without due respect for the calendars of choice of other cultures whose contributions to society have helped to make Britain great (not to imply that the UK is necessarily greater than any other country), and without regard to the race, creed, colour, age, physical ability, religious faith, political belief, sexual preferences, or gender identity of the wishee.

(By accepting this greeting, you are accepting these terms. This greeting is subject to clarification or withdrawal. It is freely transferable with no alteration to the original greeting. It implies no promise by the wisher to actually implement any of the wishes for themselves, herself, himself, itself or others, and is void where prohibited by law, and is revocable at the sole discretion of the wisher. This wish is warranted to perform as expected within the usual application of good tidings for a period of one year, or until the issuance of a subsequent holiday greeting, whichever comes first, and warranty is limited to replacement of this wish or issuance of a new wish at the sole discretion of the wisher.)

Oh dear!  Just heard of a retired minister who was “filling in” for a few Sundays, during a Minister’s absence because of illness.

He used the word “mankind” at one point in his sermon, only to be heckled by a politically correct young member in the congregation who shouted out, “It’s ‘humankind’!”

I have to admit that I’ve been using the word, “humankind” since the early nineties.

I mention this, because of a University friend who emigrated to Canada, and became a Minister in the United Church of Canada.

He recalls that at one Presbytery meeting, when a “roadshow” ,promoting the UCoC, was being discussed, he asked an innocent question about who would be “manning” the various stalls at the exposition.

The (female) Moderator of Prebytery glowered at him, and asked him to repeat what he had just said.

Somewhat flummoxed, and assuming that she must be a bit hard of hearing, Alastair repeated his question – with more emphasis this time, and a bit louder.

The Moderator stared at him – and here I quote her actual words: she coldly reprimanded him, saying “You say that one more time, buddy, and you’re out that door!”

Somebody near him whispered to him, “The word is ‘staffing’ not ‘manning’

Oh dear (again) dare we use the title, “Son of Man” ever again? 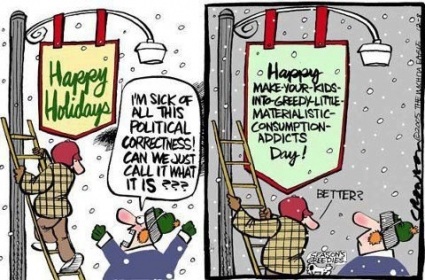