“God is not politically correct”

Letter to the Scotsman newspaper

I WAS exceptionally disappointed with the Church Of Scotland’s decision to allow gay ministers who are in civil partnerships to be ordained. I feel this is a grave mistake and will cause more division and disunity within an already divided church.

The Bible is very clear on this subject, that marriage is for a man and a woman and it seems that the Church Of Scotland have departed from the word of God and bowed their knee to political correctness. However, God is not politically correct. On their own head be it.

With a 182 against the decision and 309 for, it cant be seen as an overwhelming majority that supported this move. I congratulate the 182 for the courage of their convictions and being prepared to stand by the Bible.

We live in an age where almost anything is tolerated and if we don’t stand for something, we will fall for anything.

a comment on the above:
‘Mr Kennedy, you are absolutely right. The bible is perfectly clear on this subject. God hates gays. It is also clear on the fact he likes slavery. And sexism. And genocide.

Will you be urging the Kirk to return to traditional values in all these respects, or just the one that resonates with your homophobia?’ 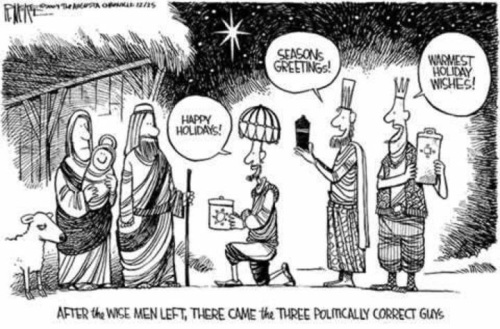 PC Happy Holidays. Oops – “Holy”days! Happy Festive … No, that doesn’t work either…. Happy Times! (what about those who are unhappy?). then:Merry Christmas! 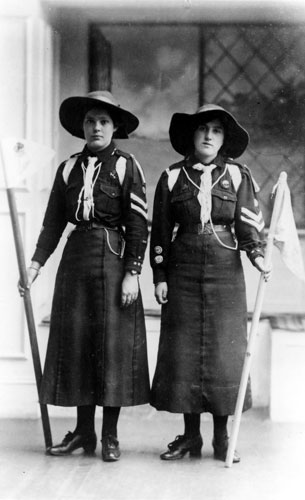 THE Girl Guide movement came under fire from traditionalists yesterday (19 June 2013) after it controversially dropped God from the vows its members must make.

The pledge to “love my God” is to be replaced with the phrase “to be true to myself” and to “develop my beliefs”.

And “to serve the country” will become a promise to serve the “community” from September. But Guides will still honour the Queen.

The traditional pledges, with minor variations, have been recited by all Guides and the younger Brownies – those aged seven to 10 – since the organisation was founded in 1909 under Agnes Baden-Powell, sister of Robert, the creator of the Scout movement. But now Guiding’s new politically-correct modernising leadership has deemed that the old versions of the Promise are “confusing”.