A newly appointed Army Chaplain was being shown round the barracks by the Commanding Officer.

They came to an old dilapidated hut.  “I’m sorry, Padre, but this is all we have for your worship services, but some of the squaddies were painters and decorators in civvy life – they might be able to spruce things up a bit for you”

And that was true.  The Chaplain sought out two or three of them and they gave the place a lick of paint.

After this was done, one of them (who had been a sign writer in his previous incarnation), was approached by the Padre.

” You know”, said the Chaplain, “We could do with something eye-catching on the chancel wall – some symbol or design or something”.

“Leave it with me” said the squaddie, “Give me a few hours and I’ll see you right, Sir”

So, a while later, the Chaplain came back and this is what he saw: 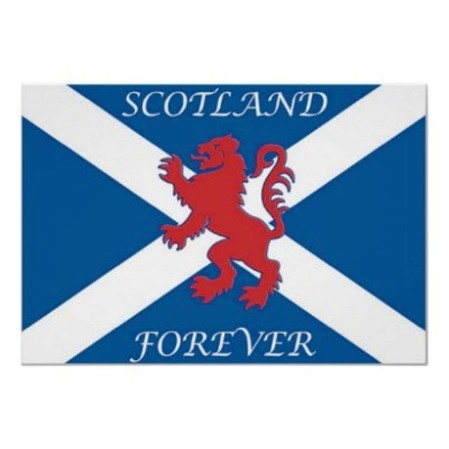 Now, not wanting to upset the Private, who, after all, had done a magnificent job, the Chaplain congratulated him – and then added, “That’s excellent – but I was thinking of something perhaps a bit more religious”

“Leave it with me, Sir; come back in an hour and you’ll love what I’ve got in mind.

So that’s what happened…..

…. and the sign now read “Scotland forever and ever  AMEN”